RUMNEY, N.H. — Meeting under social-distancing protocols at the Wade A. Reed Family Logging garage in Rumney, N.H., the New Hampshire Timberland Owners Association (NHTOA) honored its 2020 award winners in a special ceremony that had been delayed since May by the COVID-19 pandemic. The presentations were also livestreamed over Facebook.

This year’s award honorees include: 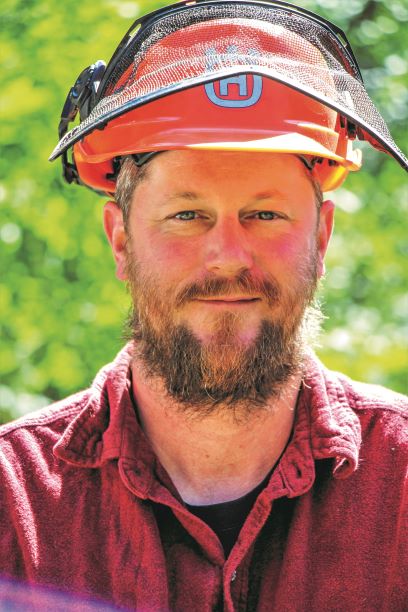 Outstanding Logger: Chris Goodnow, Goodnow Trucking. From its start in wood transportation, Goodnow Trucking has expanded into full-service logging with a reputation for quality, skilled work. Chris manages the firm, overseeing buying and bidding. Until recently, Goodnow Trucking’s base of operations was within a radius of 50-60 miles from Winchester, which encompasses northern Massachusetts, and Goodnow Trucking typically logs the “Big Five” New England species — Eastern White Pine, Red Oak, Maple, Black Birch, and Hemlock — on parcels ranging from 50 to 100 acres. The company has built up relationships with several foresters and will go beyond its usual perimeter if a forester requests it. “We’ll push a little further to keep up the relationship with the forester.” A lot of work comes by word of mouth, says Chris, who was chairman of the Timber Harvesting Council (THC) from 2017 into 2019.

Just last month Chris made the bold decision to try something new and move a big portion of his operation to South Carolina to focus on Southern Yellow Pine. Although he and his family will have a significant presence in South Carolina, Chris is committed to maintaining a New Hampshire operation. His father Lloyd will be alternating between New Hampshire and South Carolina. 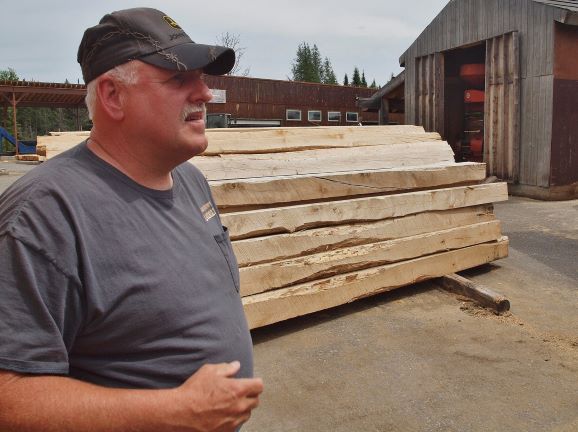 Outstanding Forest Industry: Chris Crowe, Timberwolf Logging. When he was 19, Chris bought his own Deere 640D cable skidder, working as a subcontractor for his father, Luther. Next came a truck purchase, a big 10-wheeler, followed by another truck and another 640D cable skidder — and Timberwolf Logging, founded in 1986, was on its way. That legacy is honored this year with the NHTOA’s Outstanding Forest Industry award, given to Timberwolf Logging in acknowledgement of the company’s reputation for high-quality logging, excavation, milling (crane mats), and firewood processing as well as in recognition of the many years of contributions to the industry by Chris and his wife Rebecca, who is an indispensable part of the business. “This is for both of us,” Chris says. “I was a little surprised to be nominated — we’ve been in business for 34 years, but I wouldn’t let a family member nominate us. It had to come from the industry.”

Timberwolf is not a company to rest on its laurels. Chris and his crew have already begun restoration and remodeling work on a mothballed sawmill in Lewis, N.Y., that he bought last year, which will increase Timberwolf’s production of crane mats. Chris also recently purchased a carbonator to make biochar from what he calls “junk mats.” Timberwolf’s constant interest in new projects isn’t a symptom of restlessness, however; it’s the sign of carefully managed growth. 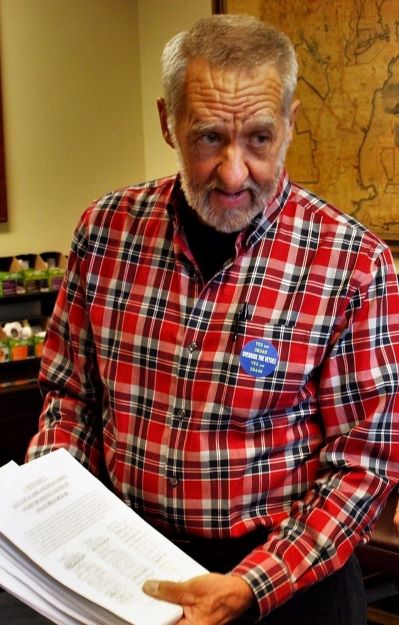 President’s Award: Tom Thomson. Tom Thomson bought his first woodlot, along with his two older brothers, in 1956 when he was just 11 years old. They paid $235 for 125 acres. It is testament to Tom’s dedication to careful management of his lands and his love for the forest — he and his wife Sheila now own a total 2,800 acres, mostly in Grafton County — that he still owns and manages the original parcel.

Tom’s continuing devotion to protecting the ability of landowners to successfully and sustainably manage timberlands earned Tom the NHTOA’s 2020 President’s Award. In particular, Tom was very involved in getting legislation passed in 2018 and again in 2019 to support biomass energy plants that, in turn, support the markets for woodchips and low-grade wood. Without those markets, sustainable land management is almost impossible, including managing for recreation.

Tom’s career was in high-quality printing, and while his father Meldrim Thomson was governor of New Hampshire from 1973 to 1979, Tom and his brother Robb managed Equity Publishing, the family law-book publishing company. After selling Equity in 1989, Tom devoted his time to active management of his timberlands and now shares his love of the outdoors and land management with his grandchildren. 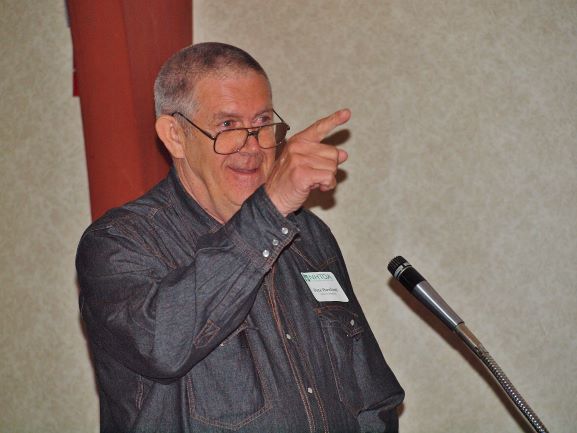 Kendall Norcott Award: Pete Howland. This year’s Kendall Norcott honoree, Pete Howland, has, like so many others in the New Hampshire forest products industry, a long history of working in the woods — but there the similarity ends. Pete’s experience is unusual, to say the least.

A 1975 graduate of the University of New Hampshire, Pete served 21 years in the 33rd Engineers division of the Maine Army National Guard, and in that capacity helped build roads and schools in Latin America and other parts of the world. This work helped serve his forestry work laying out timber sales, building roads, and installing truck bridges. He also spent several years working in North Country tourism businesses, including as a ski patrolman at Wildcat Mountain. He was a foreman, too, at the Storyland amusement park.

The Kendall Norcott Award, presented by the New Hampshire Timberland Owners Association (NHTOA) for outstanding service to the organization, honors Pete’s many years as a member, board member, and president of the NHTOA. But the list of his volunteer activities includes much more than the NHTOA. He has also served as president of the Maine Hardwood Association, he was on the state committee of Project Learning Tree, and he volunteers for the New England Sociated of American Foresters and the New Hampshire Tree Farm Committee. His public service includes being a selectman for Albany, N.H., 30 years as a firefighter for the Conway Fire Dept., and a member of the Albany School Board. 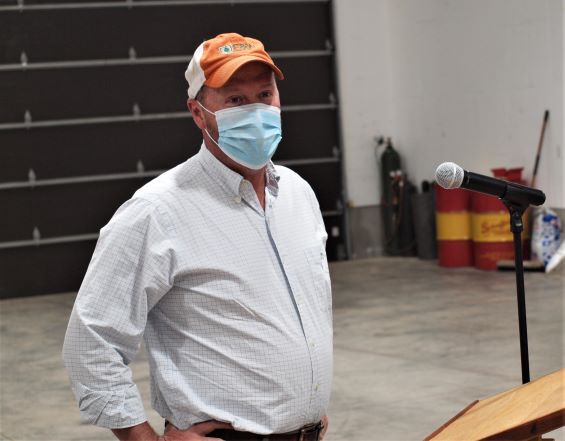 Also attending the Awards Presentation and saying a few words was Patrick Hackley, New Hampshire's new State Forester as of Sept. 28, 2020. Patrick was familiar with many NHTOA members in attendance, as he was the association's communications director in the 1990s.